My name literally translates into “a collection of poems” and so far, I think I tend to stand up to my name.
The name of my blog says “Elusive Mummers,” where mummers comes from the use of it in traditional theatre.
Mummers are actors in a traditional masked mime or play. For a long time, the follow up line said “which get lost between sighs and restless nights” instead of a “who,” because for a long time they weren’t real people: the people inside of me weren’t people but more or less personalities. Later, however, I came across the realization that all of these “mummers,” as I like to call them, were living individuals.
They were my people. I associated with them, I talked to them, I could ask them to not be them and I could, most of all, be all of them.
I love each and everyone of them, and each and every single one of them has, in one way or another, found a way to last forever in my words- last abundantly in rhymes and rhythms.
I hope you see them peek in between my works or rather, I hope they make you listen to them wholly, completely, differently.
~
“Weird? Absurd? That’s how it seemed to me. I had these forces, these compunctions, these alternative personalities inside me, driving me. It was like being a jack-in-the-box and I was unsure which personality was going to jump out next:
Billy, who thought of himself as a cowboy or a terrorist; Kato the cutter; anorexic Shirley, whose only self-indulgence was binge drinking and the occasional salad sandwich. I didn’t dislike Shirley. I was afraid of her. Shirley knew things I didn’t.” –Alice Jamieson
~ 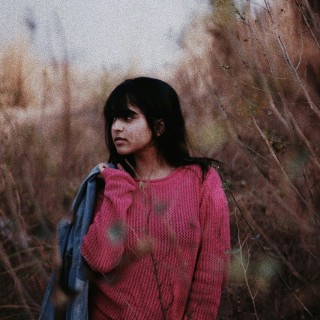 I'm a 21-year-old budding poet from the hills of North India who absolutely loves people and their personalities (feel more than welcome to check out the "About" page of my blog). My name, Kavya, literally translates into "a collection of poems," and I think the fistful of poetry I indulge in, I try to make of myself, helps me live up to my name. I tend to write about the different people I have discovered inside of myself and others, concocting them into a definition, an image, a reality, a poem.